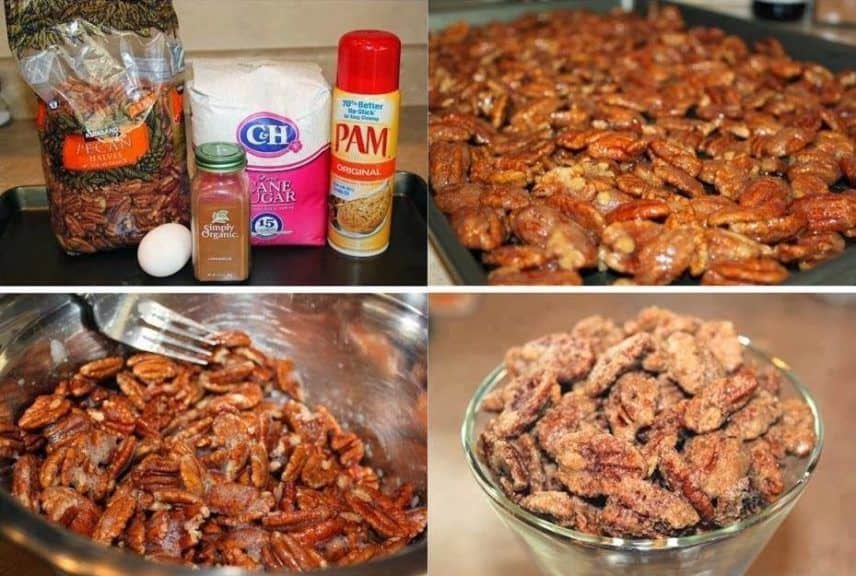 Ingredients:
1 pound of pecans (and/or almonds)

Instructions:
Preheat the oven to 250 degrees.

Line a baking tray with parchment paper or non-stick foil.

Mix sugar, cinnamon, and salt in a large Ziploc bag.

Beat the egg whites, vanilla, and water with a fork in a large bowl until foamy.

Add the pecans (or almonds) to the egg white mixture and mix until well coated.

Pour the pecans into the Ziploc bag, seal it and shake until they are well covered with the cinnamon-sugar mixture.

Spread them out on the prepared baking tray to form a single layer.
Bake for 1 hour, stirring every 15 minutes.

Try not to eat them all at once.