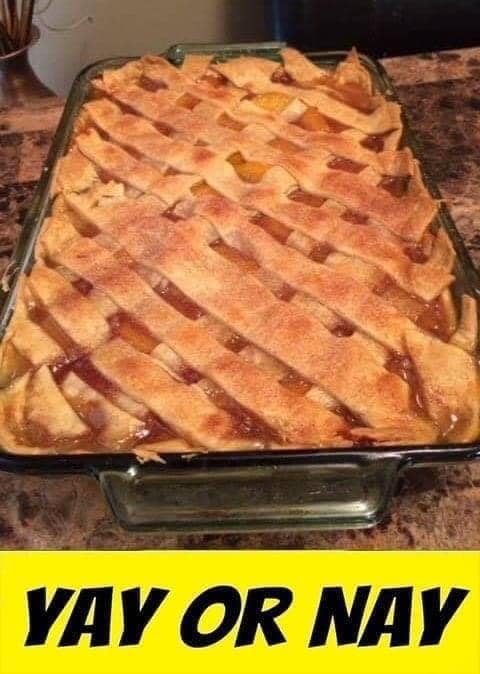 Unroll pie crust on a flat surface and set a loaf pan on it and cut the crust around the bottom of the pan, reserving the remaining crust.

Rub butter on the bottom and sides of the pan and place the cut out crust in the pan.

Bake at 350 degrees until lightly browned and let it cool. Put the peach mixture in the pan on top of the crust and dot with a tablespoon of butter.

Use the remaining crust to put on top, cutting to make a laticed top and sprinkle with 1 1/2 tablespoons of sugar and 1/4 teaspoon of cinnamon.

Bake at 350 degrees for 30 minutes or until browned on top. Top with ice cream.