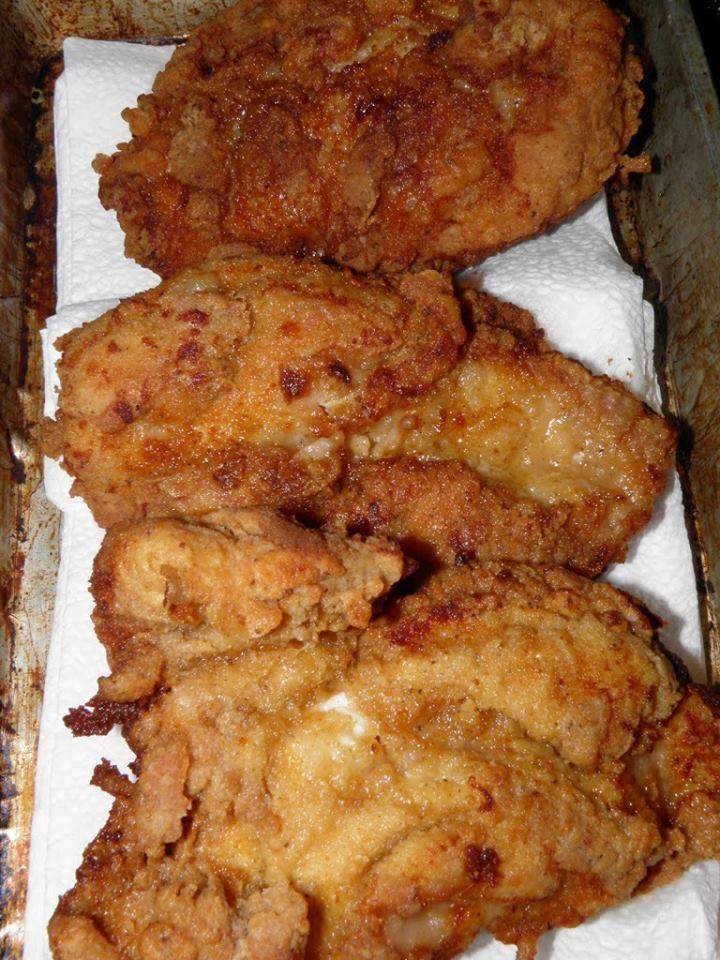 This Southern Fried Chicken Batter calls for the pieces to be quickly brined and then dipped in a seasoned batter for a crisp Southern-style crust. Simple as can be. This is the real deal.

The batter also calls for baking powder to create a crust that’s ethereally airy without a trace of doughiness or gloppiness;

The batter relies on black pepper, paprika, and cayenne for a “simple but unambiguous flavor” (just be forewarned, the amount of black pepper is intentionally heavy-handed);

The batter contains no dairy. They replaced the milk in the batter with plain old water. The logic behind this? “When wet batter hits hot oil, the moisture in the batter vaporizes, leaving behind the solids that adhere to the chicken. With milk, the sugars in the milk solids browned too fast and produced a soft crust.”

How to make it:

Directions:
Beat the egg and milk together in a bowl.
Combine the flour with the garlic salt, pepper, poultry seasoning and paprika in a big plastic bag.
Put the chicken in the bag, seal it and shake to coat it.
Dip the flour-coated chicken in the egg mixture and again in the flour mixture.
Heat the oil in a skillet to 365 degrees F. Brown the chicken on all sides in the hot oil.
Turn the heat down to medium low and give the chicken another half an hour or until it is cooked through.
Drain it on paper towels and serve.