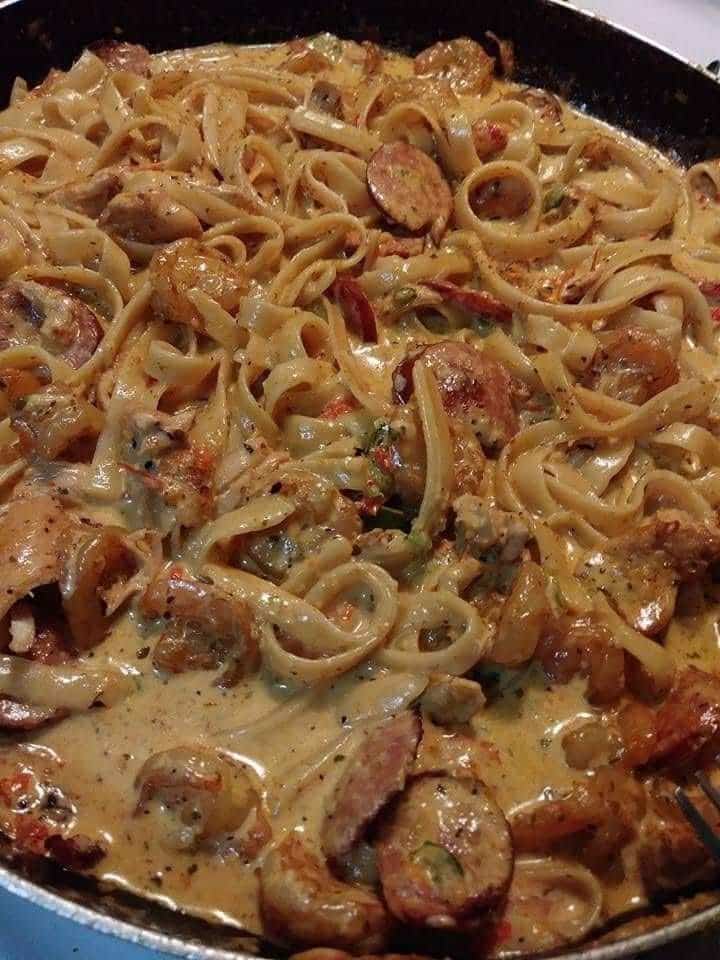 Chicken breasts; I used 2, and cut them into pieces.

Canned Diced tomatoes, you need only one can.

Salt and ground pepper, to taste.

1st Step – To get started, set a pan over medium-high heat, melt two spoons of butter, then sauté the shrimp with one tablespoon of cajun spice until the shrimp are cooked all the way through.Remove it from heat and put it aside for later.

2nd Step – Next, put the sausage in the pan and cook it over medium heat until it is browned. Take out and put to the side.

3rd Step – In a pan, melt 2 tablespoons of butter and sauté the chicken pieces with 1 tablespoon of cajun spice over medium heat until the chicken is fully done. Take out and put to the side.

5th Step – Mix in the garlic, then add the liquid that was retained from cooking. Cook for a quarter of a minute.

6th Step – In a mixing bowl, fold in the heavy whipping cream, chopped tomatoes, and thyme.

7th Step – Season with salt and pepper to taste. Continue to do so until the sauce begins to thicken.

8th Step – At this point, you need to put the linguini noodles and the meat back into the pan where it was cooked. After giving everything a thorough stir, serve.