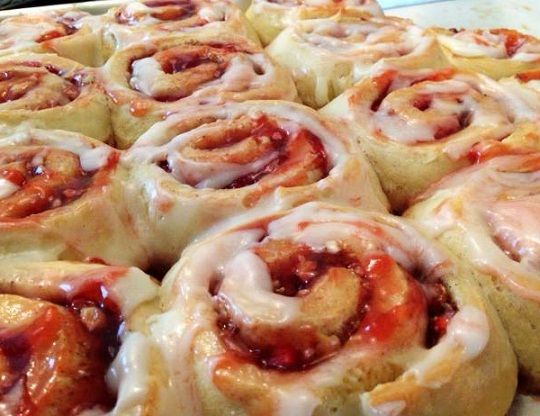 Heat the milk in a small saucepan until warm. Mix in the butter until melted. Let cool to lukewarm.

In a large bowl combine 2¼ cup flour, yeast, sugar, and salt. Mix well.Stir in egg and ¼ cup of water. Mix well. Now stir in the milk mixture until dough forms.

Stir in another cup of flour. When dough comes together flip onto a lightly floured surface and need until smooth.Return the dough ball to the bowl, cover with a damp towel, and let rest for 10 minutes.

Roll out dough into a 15×10 inch rectangle. Spread the strawberry jam all over the dough. Sprinkle with cinnamon. Then evenly cover with the chopped strawberries.

Roll up the dough and pinch the seam to seal. Cut into 12 equal size rolls.

Place rolls cut side up in a greased 11×13 baking dish. Cover and let rise until doubled (30 mins). While waiting preheat oven to 375 degrees F. Bake in the preheated oven for 30 minutes or until golden brown.

Mix the powdered sugar and cinnamon with 1 tbsp of milk. Stir until glaze forms. You may need to add up to another tablespoon of milk for desired consistency. Drizzle glaze over finished rolls 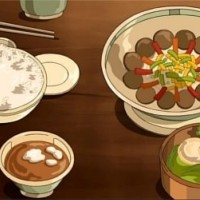