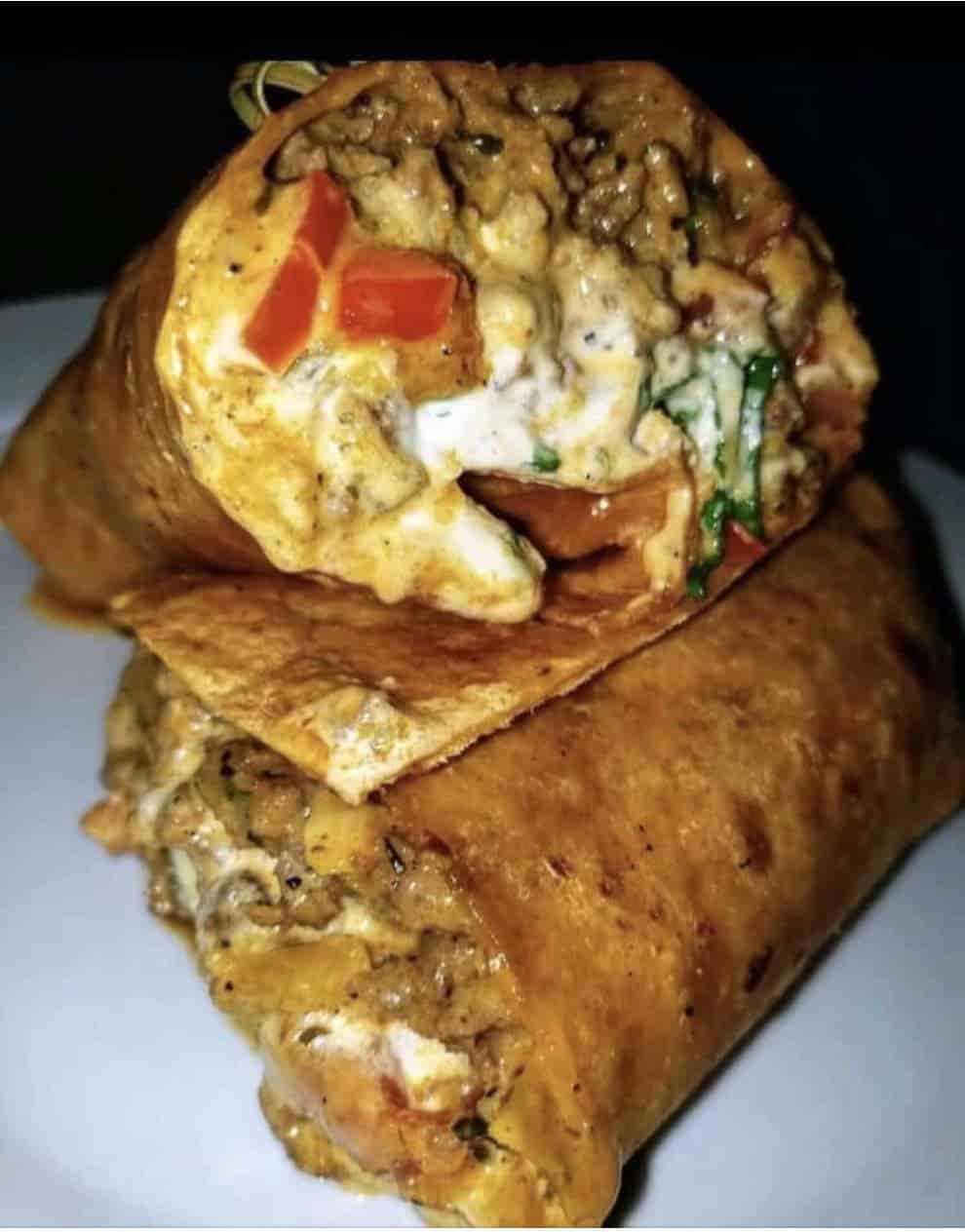 The first step:
In a frying pan, crumble the minced meat and brown it
Cook well, draining excess fat
The second step:
Adding onion & pepper & sautee for 4 min
Add a sachet of taco seasoning and stir
Third step:
In a bowl, add nacho cheese sauce and rutile
stir well
Put four large tortillas on the table
The fourth step:
Spread a layer of nacho cheese in the middle of each tortilla
Spread some of the meat mixture, sour cream, onions, peppers and mashed Doritos
Fifth step:
Fold and roll the sides of the tortilla as you would a burrito.
Heat another frying pan over a medium heat
Sixth step:
Place the rolls in the skillet and toast until crispy on both sides
Serve immediately with your favorite toppings.